2022
Fourteen people attended the September 28th buckthorn blitz event; several were neighbors. The focus of the session was on releasing the bur oaks (young and old) that were surrounded by honeysuckle, buckthorn, box elder and prickly ash. There was quite a bit of black knot on the chokecherry which we removed and isolated it from the main pile of slash.

Now, over a dozen released bur oaks can be seen right from the trail! 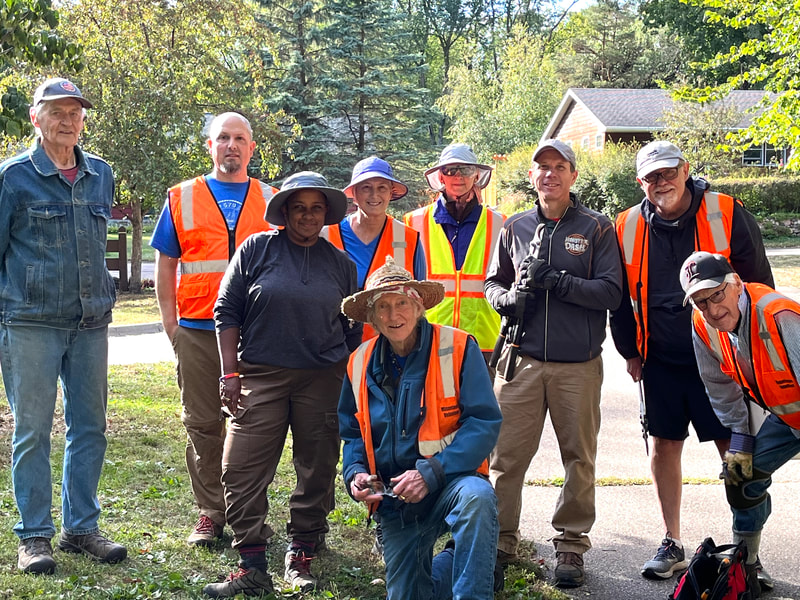 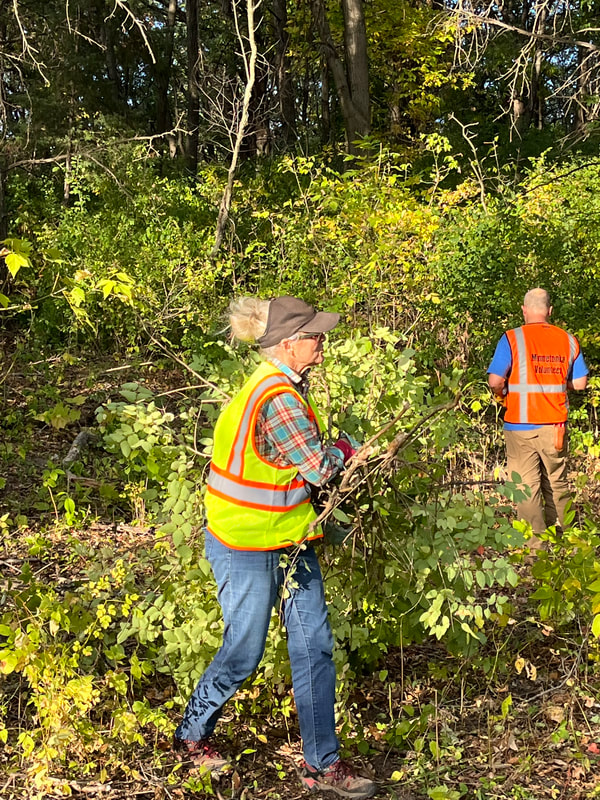 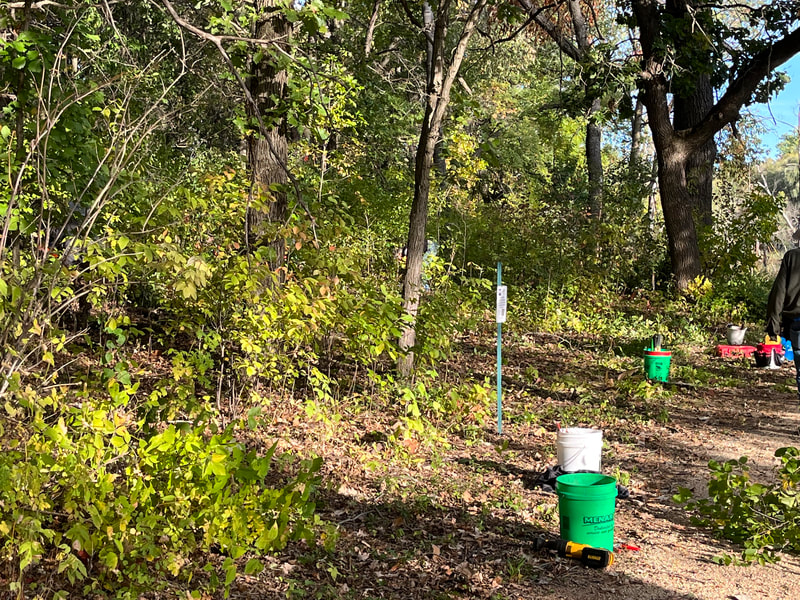 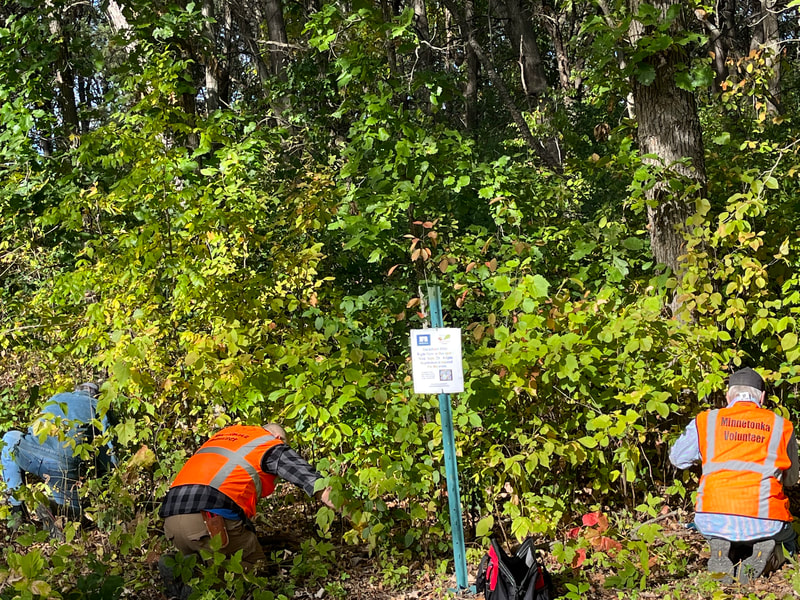 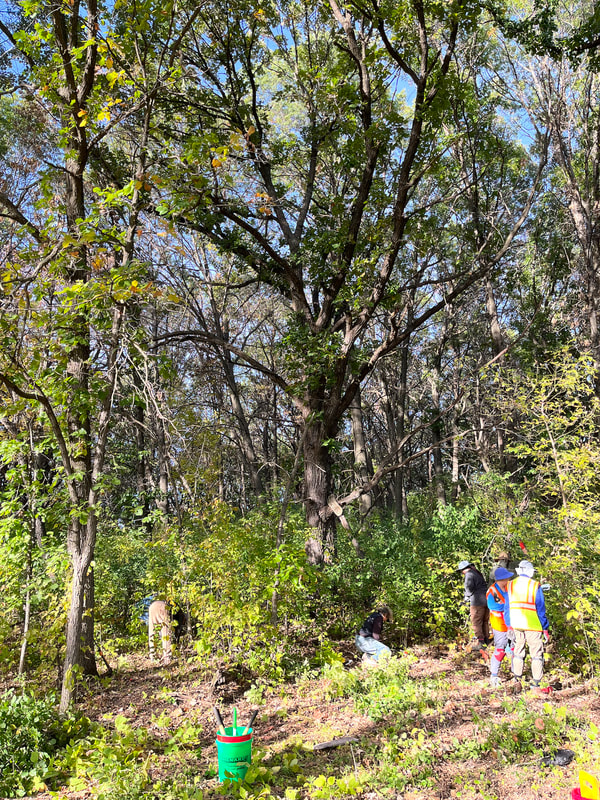 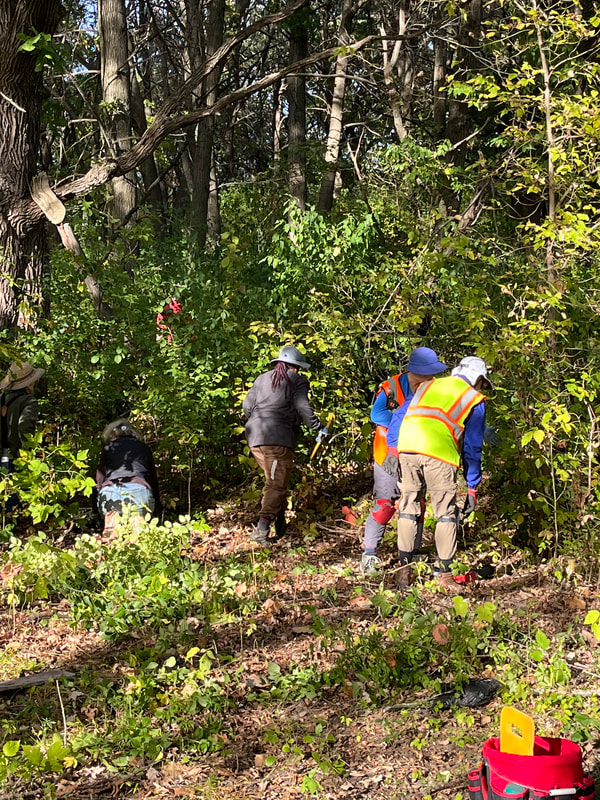 2021
August to November: The Friends of Victoria Evergreen Park cleared a thick “buckthorn wall” around fourteen red and bur oaks on the east side of Skunk Hill. A project to remove box elder trees around the large oaks was shelved after only two days.